Regulated parking spaces are those included within the boundaries of the following described area:

All parking areas, both physically on street and boulevard, contained within this area will be enforced.

The Central Core Commercial Parking regulations can be found in Chapter 17, Article VI, Division 3 of the City of Spearfish Municipal Code of Ordinances. 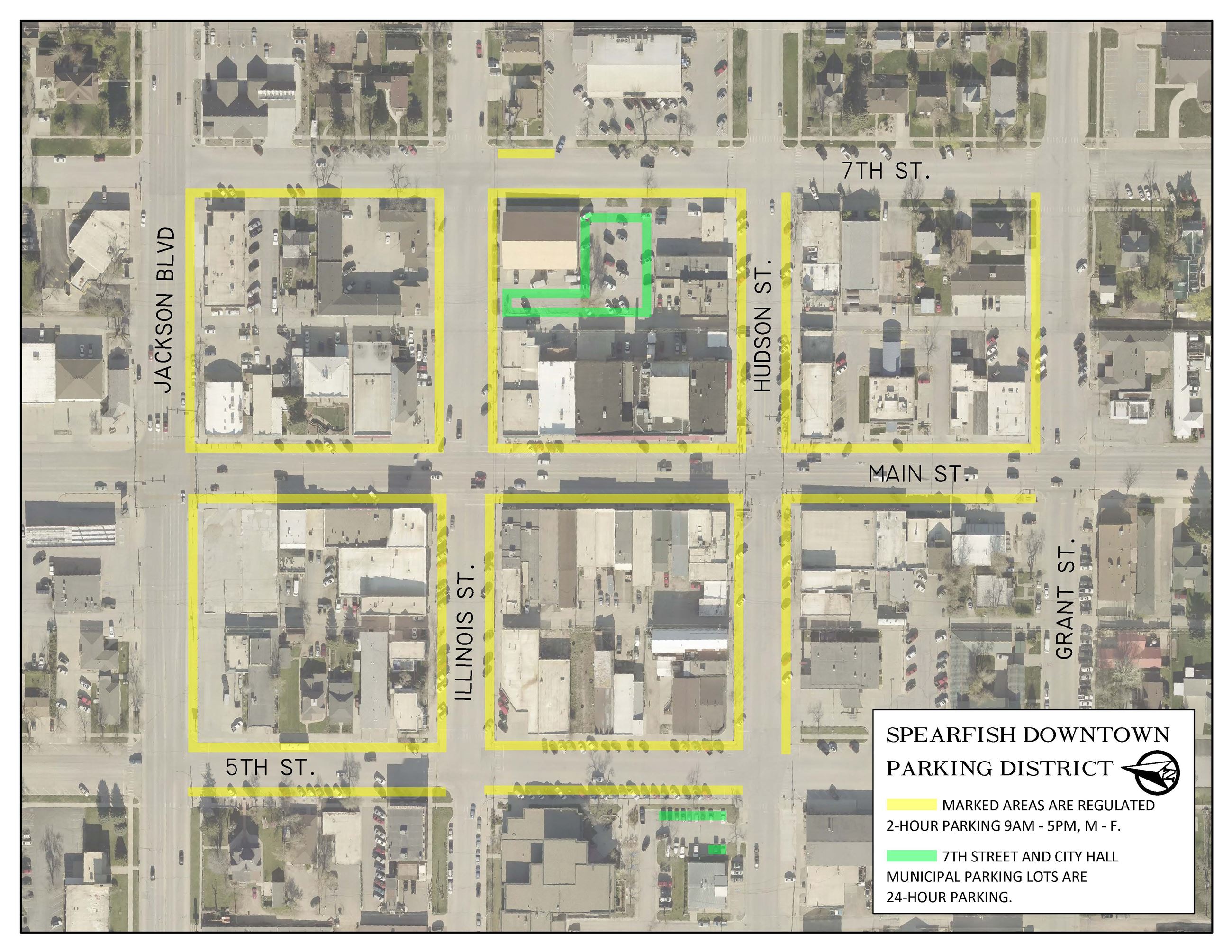