Create an Account - Increase your productivity, customize your experience, and engage in information you care about.

The conversion from 4-lanes to 3-lanes on Jackson Boulevard in Spearfish has been analyzed and recommended by the traffic engineers hired to analyze daily traffic counts, traffic flow, and safety.

Many older four-lane roadways in communities were initially overbuilt and for safety reasons are now being reduced to three-lanes.

The conversion would not change the street configuration to 3 lanes for the entire length of the project. The current configuration of five lanes at the intersection of Main Street and Jackson Boulevard would remain the same, except that the right lanes would be right turn only.

Reducing the number of lanes is not due to any expansion of building construction along the edges of the street. The right-of-way will remain the same width.

The pros of the reduced lanes include:

The cons of the reduced lanes include: 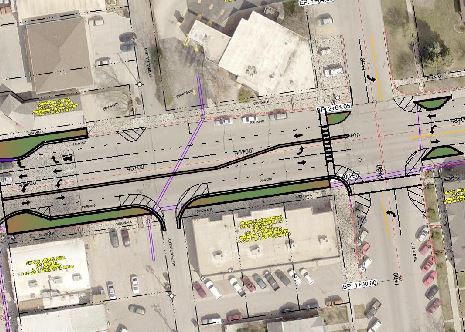