The traffic study did not dictate a necessity for a signal at the Ames Street intersection. The traffic study did, however, dictate a necessity for a signal at Saint Joe Street, but this was determined to be inadvisable because the hill on the west leg of the intersection is too steep. So a roundabout at Ames Street was determined to be the best option for traffic flow.

The roundabout provides improved access to Jackson Boulevard from Ames Street, which is easily accessed from Saint Joe Street. A roundabout also eliminates the perpetual electrical costs associated with a new traffic signal.

The “pros” of roundabouts include:

The “cons” of roundabouts include:

Once people go through it and understand it once or twice, it’s easy. It’s very simple to get through. The proposed roundabout is in a relatively level area, with good sight distance. During the design phase, the engineers modeled how a WB-50 semi-trailer would be able to go all the way around the roundabout which shows that RVs, buses, fire trucks, etc, can also make it through the configuration. 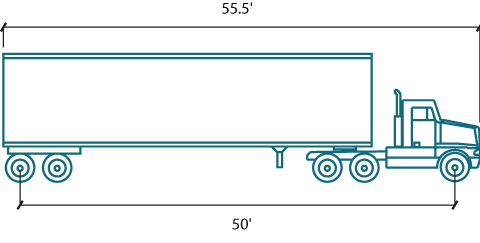 Public education is most always a difficult issue to face. A lot of people don’t like anything new. Studies have been performed and data has been collected for individuals before and after they read this type of information and actually experience driving through a roundabout. Most of the time, the public does not initially want the roundabout to be constructed, and then after driving through it, the number of people against roundabouts switches and goes down significantly.

While there are higher construction costs initially, the electrical savings and societal savings, such as reduced crashes from improved safety factors, are realized following the construction.